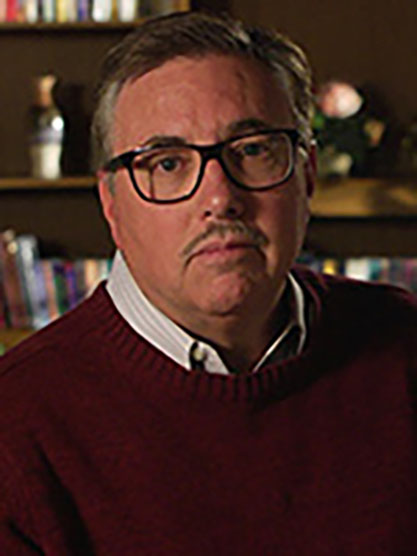 David Nelson has been teaching at UCCS since 1995 when he moved here from Los Angeles. He has an MFA (the terminal degree in film and television production) from the School of Theater, Film, and Television at UCLA. Professor Nelson worked in the film and TV industry including Star Trek: Deep Space Nine. Since coming to Colorado Springs, he has produced three educational TV series that have aired on the Knowledge Channel and a documentary entitled The Twentieth Century: Profiles of American Life that aired on PBS affiliate KTSC.  He has produced numerous TV programs, music videos, and short films including The Trackers shot on 16mm film about a multi-ethnic group of kids who solve crimes and mysteries by using knowledge they have learned in school. Most recently he produced a short film entitled The Lady and The Phantom which can be seen on Youtube.

Additionally, Professor Nelson has produced a series of children's records, played trumpet in a number of bands and orchestras, and worked for Capitol Records in Hollywood.